Our sincerest condolences to the Hall Family 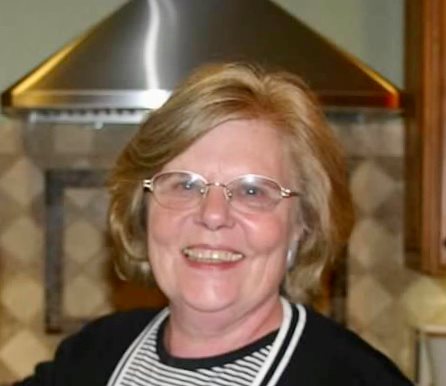 Our sincerest condolences to the Hall Family

On behalf of the entire Marysville Raceway staff, we send our thoughts and prayers to the Hall family as former Promoter of the Raceway, Marlyn Hall passed away last week. Marlyn was a kind and loving woman. She and husband Mel did so much for our racing community. This Wednesday, we will pay tribute to her and the Hall family. God Speed Marlyn.

Marlyn Hall, beloved wife, mother, grandmother, sister and friend left this earth on August 16, 2020. Marlyn was born to Bonnie and Marvin Carter, on July 16, 1943 in Arkansas. Her family moved to California in 1960. Her longtime sweetheart, Melvin Hall, followed her to California where they were married October 1, 1960. Marlyn graduated from Nevada Union High School in 1961, she went on to graduate from Mount Saint Mary’s business school. Marlyn is survived by son, Mark Hall, daughter-in-law, Carrie Hall, daughter, Marlena Hall, grandchildren Bella and Carson Hall and brother Edward Carter. She is preceded in death by her husband Melvin Hall, brothers Garvin and Morris Carter and her parents, Bonnie and Marvin Carter.

Marlyn and Mel started their business, Mel’s Transmission in 1969. Marylyn was the tenacious, precise bookkeeper while Mel ran the shop. Marlyn and Mark continued operation of the family business after Mel’s passing.

Marlyn and Mel were deeply involved in the car racing community starting in the 1960s in Grass Valley and Auburn. Marlyn was the Treasurer of Central State Racing Association for over 10 years. She and Mel were instrumental in keeping the Ernie Purssell race track operating in Grass Valley until 1995 when the track closed. They continued their racing tradition as promoters at Twin Cities Speedway in Marysville until Mel passed away in 1999. Marlyn and her son Mark continued promotion of the speedway until 2002. Marlyn was an outstanding promoter, she knew every aspect of the racetrack. Marlyn was a kind and fair promoter but if you were annoying, whining, using foul language or being otherwise disrespectful her red hair would flare.

Marlyn served as Treasurer of the Guardian Council of Bethel #102 of the International Order of Jobs Daughters, Grass Valley for 5 years. She was also very supportive of Special Olympics in Nevada County.

Marlyn had a generous kind spirit, she will live in our hearts forever.

A private burial will be held at Hooper and Weaver. A celebration of life will be planned for a later date. In lieu of flowers please consider donating to Caner Aid Thrift Store, 317 South Auburn Street, Grass Valley, CA 95945.