Push Towards the Championship 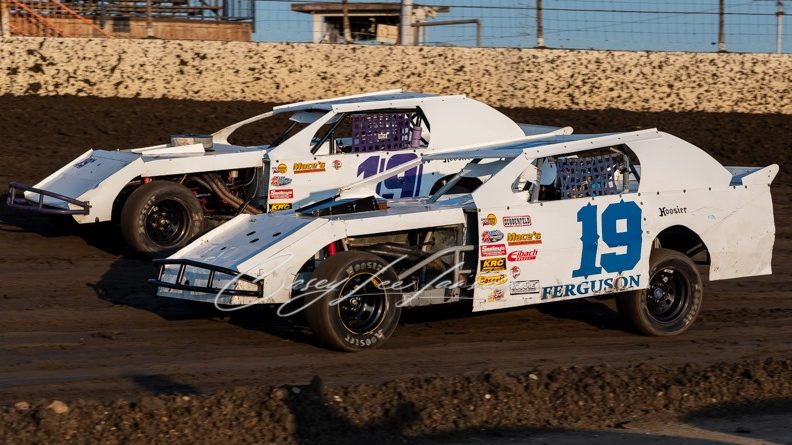 Push Towards the Championship

Saturday Night Push to the Championship

Marysville, CA (Aug 19, 2019) – This Saturday night will be one of the final chances for teams and drivers to elevate their point positions at Marysville Raceway. The coveted final push towards the chase for the championship begins this Saturday night. Four divisions will be on hand led by the winged 360 sprints, Crate Sprints, Hobby Stocks and IMCA Pepsi Sport Mods. Racing takes place this Saturday night, August 24th.
The pit gate will open at 3 PM while the front grandstand gate opens at 5 PM. Race cars on the track at 6 PM.
Adult admission into the grandstands is $13.00. Juniors, seniors and military with ID are just $11.00. Kids 11 and under are FREE. As always, parking is FREE.
As the temperatures continue to rise in Northern California, so does the work ethic for team Ing. Driver Michael Ing won the most recent winged 360 sprint car event. Father David spends countless hours working on their finely tuned No. 21. Ing now has six wins in 2019 at Marysville and with it comes the point lead. Ing holds a 60-point edge over Korey Lovell. Bobby Butler has been ultra-fast lately and is in line to make a return trip to victory lane. Each week someone new shows up and tries to dethrone Ing.
After a long hiatus the Crate Sprints return to the track. The division is led by Brett Youngman who holds a 14-point edge over Kiely Ricardo. Cameron Haney Jr. holds down the third spot. Nick Larson has three wins and sits fourth in points. This division continues to be one of the most competitive we offer.
Todd Cooper continues to lead the IMCA Pepsi Sport Mod division. Cooper has three wins and a 35-point edge over Scott Savell. Jim Waller, Mike Merritt and Thomas Reynolds round out the top five and are all capable of winning. Andrew Peckham has missed one show but has three wins and is currently six in points. The IMCA Pepsi Sport Mods at Marysville Raceway are some of the best drivers in Nor Cal.
The hustling Hobby Stocks have been terrific this season. Large car counts make way for action packed main event. Talk about closeness, Jesse Van Roekel and Devin Ryan are tied for the lead. Each have five top five finishes. Ryan visited victory lane once. Nine of the top ten in points have all raced seven times. The Hobby Stocks have been the backbone of Marysville Raceway in 2019.
END