(Marysville, CA 1/09/23) …Since the final checkered flag waived in 2022, Dennis Gage has been focused on preparing for the 2023 racing season. He is pleased to announce the 2023 Marysville Raceway schedule with over 30 events planned. “Once again I think we have come up with a vast and entertaining schedule of events for the diehard racers and fans of Marysville Raceway,” said Gage.

The season kicks off with numerous chances for drivers/teams to test and tune. Upcoming practice dates include January 14 and 21. Two more opportunities for practice take place in February on the 4th and 18th. All practices are listed to start at noon and end by 4 pm.

As usually, Marysville will play host to an early season race on February 25 with the Sherm and Loree Toller Memorial featuring winged 360 sprint cars, wingless sprints, and Crate Sprints.

Championship point racing begins on March 11 and runs throughout the Sprint and Summer months. The track championship will be decided on August 26. In all, 18 nights of championship auto racing are scheduled at this point. The mainstays continue to be the winged 360 sprints, IMCA Sport Mods, Hobby Stocks, and Crate Sprints.

Malicious Monster Truck Tour invades Marysville Raceway on April 28 and 29. This high octane event will pack the house with energetic fans. Fireworks and auto racing will take place on July 1 this year. The Mel and Marlyn Hall Memorial will once again feature the Sprint Car Challenge Tour on May 27.

Late season events will include the Dwarf Car Nationals Sept 21 – 23. A new event titled Gold Fever Sprint Spectacular on Sept 30. Two final events in Oct are led by the Gold Fever Taxicab Challenge. This event is slated for Oct 21. The final event pays tribute to Paul Hawes with the Sprint Car Spooktacular.

A printable schedule will be available on our website www.marysvilleraceway.com 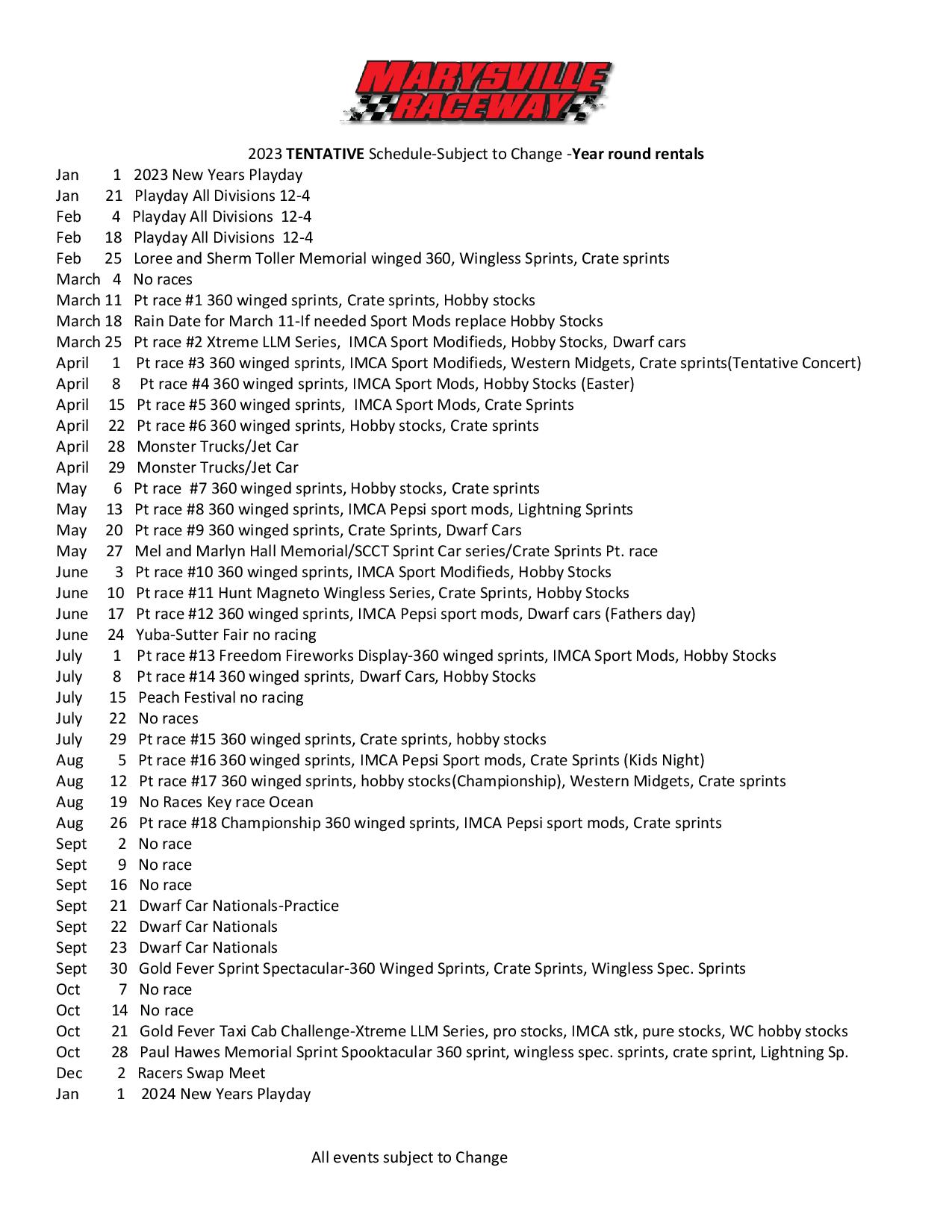