Carrick Wins a Wild One on Wednesday

Carrick Wins a Wild One on Wednesday

Tanner Carrick Wins a Wild Wednesday at Marysville
(Marysville, CA 7/8/2020)…Tanner Carrick narrowly defeated Shane Golobic during the 25-lap winged 360 sprint car main event on Wild Wednesday at Marysville Raceway. Golobic passed Carrick going down the back stretch in the final lap. Yet, Carrick was not going to be denied. He planted his right foot even deeper on the loud pedal and slid up in front of Golobic coming out of turn four. As the two straightened out and headed towards the finish line, Golobic’s front bumper connected with Carrick’s rear bumper. As the two cars locked, the momentum from Golobic sent Carrick’s car in a slide across the finish line. Both cars came to a stop well into the infield. Carrick was declared the winner and Golobic was second. Not only did the 100 people in the stands enjoy it, but the finish was talked about throughout the night on social media. Andy Forsberg started eighth and finished third. Forsberg also earned the fastest lap of the night at 13.004. Sean Becker came from the seventh spot to finish fourth. Michael Ing finished fifth and collected an extra $100 from Paul Olmsted Plastering. Hopefully, he takes the extra cash and buys an electric shaver to trim that out of control beard.
The hard luck award of the night had to go to Lovell Bros. Racing. On lap two Korey Lovell wrecked his beautiful No. 71L. On lap 21, Alec Justeson survived a multitude of flips in the No. 71jr. Both drivers we uninjured but too much damage was done to their cars. Steel Powell was the hard charger of the night. Props to D.J. Netto who overcame a flat tire and rebounded to finish eighth, one spot ahead of Powell.
Mitchell Moles was the dominant car in the semi-main event. Moles led all 12-laps. Powell was second. Third was Jimmy Stewart and fourth was Josh Wiesz.
Blake Carrick, Mike Monahan, Shane Golobic and Tanner Carrick were all winners in heat race action. A total of 26-winged 360 sprint cars competed tonight.
Andrew Peckham passed Brian Cooper late in the 20-lap IMCA Sport Mod feature to get the popular win. The driver of the famed No. 75 continues to look as good in person as he does on the track. Justin Funkhouser drove a great race to finish second but a post-race in fraction sent him into a disqualification. Tough break for Justin. That moved Cooper up to second in the finish. Mike Merritt was solid all night and ran third. Jason Ferguson was once again up front and finished fourth. By finishing in fifth, Jimmy Ford is now the new point leader of this series. Phillip Shelby had an up and down race. Shelby rocketed to the top five, then tapped the wall coming out of turn two. This caused his tire to go flat. His crew quickly changed it and he came back out. He then motored back towards the front until something in his front end gave out and he had to park it for the night. Cooper won the opening heat race. Peckham grabbed the win in heat two. A nice total of 17 drivers competed in this division tonight.
Ray Trimble rocketed to the lead around the halfway point of the Limited Late Model feature and went on to win the race. Trimble held less than a half second lead over Jeff Olschowka. Trimble had a bigger lead, but on the final lap Dan Jinkerson stopped in turn four. This brought out the yellow and the field tightened up for the restart. Third went to point leader Dan Brown Jr. Rod Oliver brought his familiar No. 57 home in fourth. Brown Jr. won the lone heat race. A total of six competitors signed in for tonight’s race.
Shawn Jones benefitted from Ryan Winters spin to go on and win the 20-lap dwarf car main event. Winter rebounded from the rear, but once he got to second, he spun around again in the same turn on lap 15. After the final five laps were completed, Jones had amassed nearly a five-second lead over Ben Wiesz. Tim Fitzpatrick was a front runner all night and finished third. Mike Grenert was hampered by Winter’s first spin on lap nine. Went to the rear of the field and charged back to a fourth-place finish. Wade Ehrlich rounded out the top five. Birthday boy, Dylan Shrum finished sixth. Winter won the first heat. Jones grabbed the win in heat two. Fourteen drivers started the nights 20-lap feature.
Full results can be found here https://speedhive.mylaps.com/Events/1778929 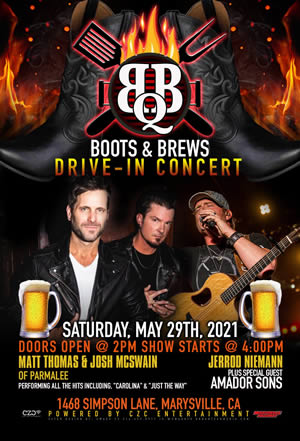