It’s A Brown Kind of Night 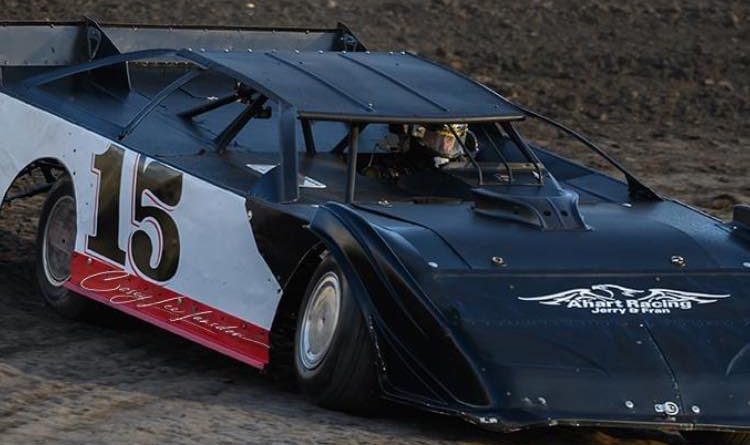 It’s A Brown Kind of Night

Two Different Brown’s Can Not Be Denied

While his night ended early in the feature, Brown Jr. had done enough to solidify the track title.  On social media Brown Jr. said, “Been going to this track since I was a kid, and this is special to me.  Won the heat tonight and just needed to start the main to clinch. Going for the lead in the main broke a brake line and called it a night. So happy for this Team, Dennis Carol Ahart for letting me drive this car, my wife Brittney Brown for all the support a husband can ask for.”

Scott Dahlgren of Ballico, CA led two separate times during the 20-lap Veteran feature event.  He led the first two-laps and then the final eight to capture the popular win.  Kevin Miraglio led the race in between Dahlgren.  Both drivers should be commended for a great race.  Tim Fitzpatrick had a solid run and ran third most of the event.  Seventeenth starting Mike Corsaro raced his way into a fourth-place finish.  Kevin Bender had moved into fourth before falling into the fifth spot late in the event.

Tip Holcombe from Colorado really knows how to make a race entertaining.  He started on the front row, led the first two lap before falling back to fourth.  On lap 10 he passes Tanner Curr for the lead and went on win the 20-lap Sportsman feature.  Curr held on for second.  Kobe Kerns drove a great race to finish third.  Tenth place starting Krystal Breese finished fourth.  The hot shoe from Colorado was impressive all weekend.  Will Dykeman started 12th and finished fifth.

Even though Brown led all 30-laps to win the Pro Division main event, the racing behind him was fast and furious.  Ben Haney, Ryan Winter, Danny Wagner, and Shawn Jones were all battling for a top three spot.  In the end, Jones passed Haney on lap 25 and went on to finish second.  Haney ran third.  Ryan Winter finished fourth.  Tom Morley started 20th and raced his way to fifth.  Shout out to 22nd starting Anthony Pope who raced his way into third on lap 25 but spun going into turn one.  This ultimately moved him back to a 13th place finish.