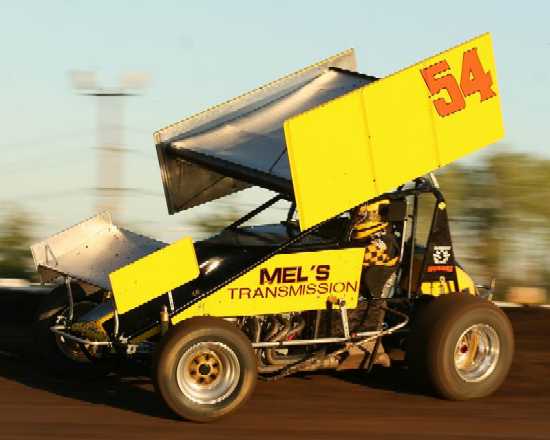 Marysville, CA (July 21, 2019) – The Mel Hall Memorial will finalize the 2019 racing season at Marysville Raceway. Originally, this annual event was planned for Sunday May 26th; however, a heavy rainstorm washed away any chances to get the show in. With consent from the Hall family and ongoing track promotions, the new date of the race is Saturday night, November 9th, 2019. This race will serve as the final Civil War event of the season and pay $3,000 to win.
Added to the docket is the popular traveling the Joe Hunt Wingless Sprint Car Series. The Mel Hall Memorial now becomes this series final night of championship racing. With car counts averaging right around 20, this staple of a series continues to fire on all eight cylinders.
“We are excited to bring the Civil War Series and the Joe Hunt Wingless Sprint Car Series to Marysville Raceway in November,” said track promoter Dennis Gage. “I think both of these great series competing for championships on the same night is something that the local open-wheel fan will want to come out and watch.”
Racing was his passion and Hall epitomized the great strengths of being at the forefront of the sport when it came to his on-track racing and off-track promotions. Hall believed in a united sprint car touring series and in the early 90’s was one of the founding fathers of the famed Civil War Series. With his unmeasurable work ethic, Hall was heavily involved with the now closed Ernie Purcell Speedway in Grass Valley and what was called at the time Twin Cities Speedway (now Marysville Raceway) in Marysville. Even though he was born and raised in Hot Springs, Arkansas, Hall moved to Grass Valley, CA in 1960 and is known as one of the greatest motorsports enthusiasts from Northern California.
He was a man who left his ego at the door and did the things needed for a successful series and management of Marysville Raceway. He was a man who never did this for the fame and glory or pats on the back. He was a simple man who had a vision and did the best he could to make it a reality. Mel passed away on May 22, 1999.
END
Former Mel Hall Memorial Winners List
2000 21 Colby Wiesz
2001 71L Korey Lovell
2002 29 Willie Croft
2003 21 Colby Wiesz
2004 21 Colby Wiesz
2005 72 Jeff Haleib
2006 21 Colby Wiesz
2007 21 Colby Wiesz
2008 6 Billy Wallace
2009 21 Colby Wiesz (6)
2010 14s Stephen Allard
2011 14s Kyle Hirst
2012 77 Kyle Hirst
2013 5h Justyn Cox
2014 88n DJ Netto
2015 7c Andy Forsberg
2016 7c Andy Forsberg
2017 7c Andy Forsberg (3)
2018 56 Justin Sanders