Marysville, CA (Sept 14, 2019) – Night two of the Northern IMCA Sport Mod Pepsi Peach Tree Nationals registered 20 cars in the pit area. Joining the IMCA Sport Mods were the Crate Sprints. A total of eight Crate Sprints attended the final point race of the season for them.
Kevin Johnson led all eight laps to win the first heat race. Todd Cooper finished second and just needed to take the green flag in the feature event to become the 2019 track champion. Brian Cooper won the second eight lap heat race. Timothy Allerdings survived a long heat three to get the win.
The original start of the IMCA Sport Mod main event saw Mike Merritt spin and collect Todd Cooper. Luckily for Cooper, by taking the original green flag, he secured the track title. No lap was completed so they tried it again. On the second attempt about half the field was collected in turns one and two. Majority of the drivers continued. Third attempt at a start saw the field complete a lap until the yellow was needed again.
On the restart, Luke Kaper and Damion Merritt touched going down the back stretch and the fourth yellow was needed. Another yellow was needed when Raymond Benkowski crashed in turn four. Allerdings continued as the leader. Two more failed attempts before we got the next lap completed.
Jeremy Phillips took the lead on lap 11. It was a nice move to the inside of Allerdings. Phillip Shelby moved into second on lap 13. Todd Cooper moved into third on lap 19. While the beginning of the race took a lot of time, the final 15 laps were solid. Track was slick and tricky but in the end the drivers put on a good show. Phillips won the event and will pocket the $1,550.00 for the win. Shelby came home in second. Cooper crossed the line in third and captured the track title. Allerdings finished fourth. Craig Neiman did a great job to secure the fifth-place finish.
Nick Larson started fifth but charged his way to a win during the eight lap Crate Sprint heat race. Jeff Macedo led the first two laps of the main event. On lap two, Mike Ballentine and Chad Thompson collided in turn three to bring out the yellow. During these two laps, Brett Youngman, by taking the green flag, secured the 2019 Marysville Crate Sprint track championship. Both Ballentine and Thompson would continue.
Macedo led the field back to the green flag. On lap four, Nick Larson found the top to his liking in turn four and took the lead. On the fifth lap, Thompson spun around for the second time. Racing continued until lap eight when Ballentine spun in turn one. The final half of the race completed with no issues. Larson won his fourth feature of the year. Jeff Macedo finished second. Brett Youngman was third and won the championship. Cameron Haney Jr. finished fourth. Chad Thompson rounded out the top five.
END 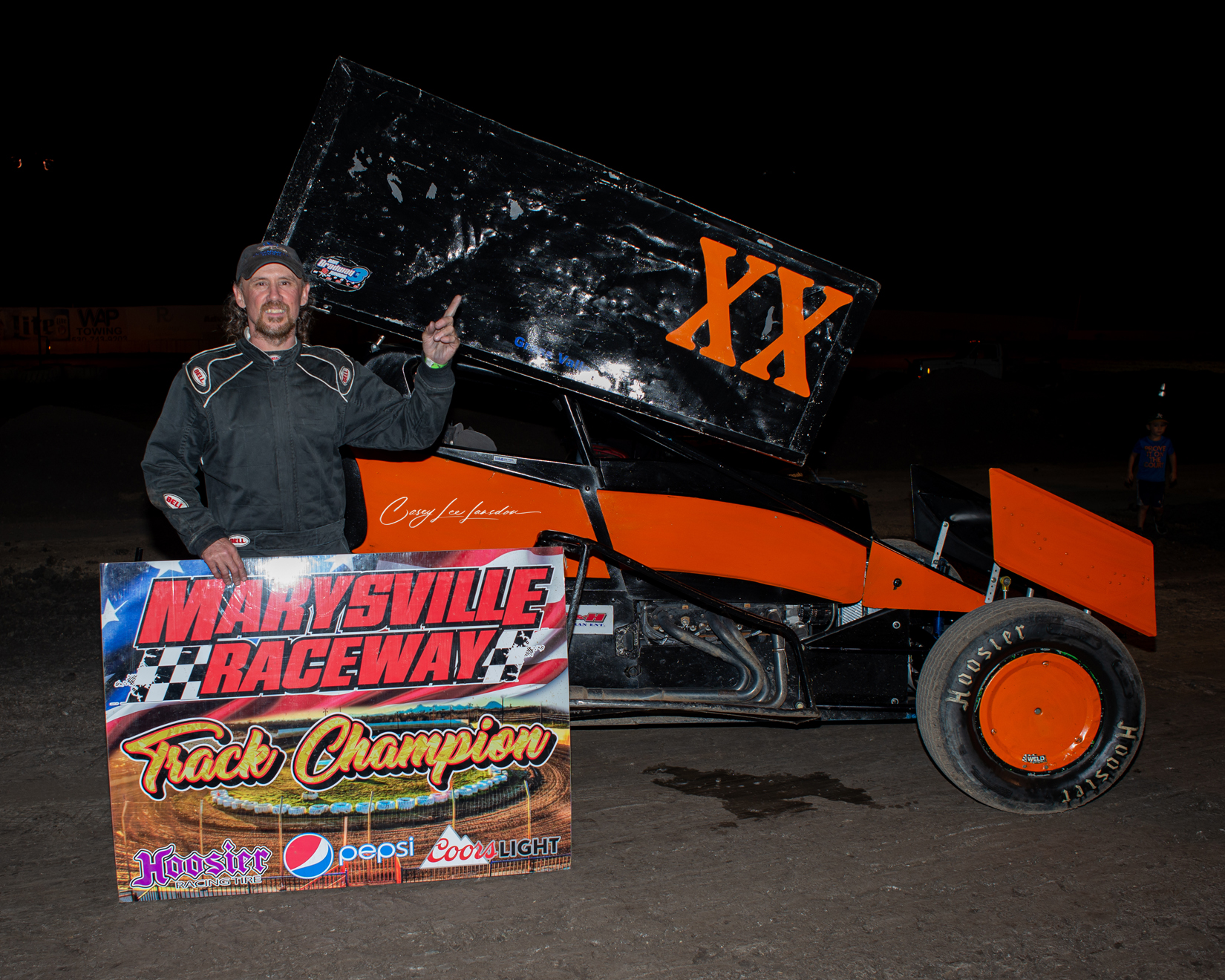